In February 2020, the Government of Botswana has auctioned 7 licenses giving the right to kill 10 elephants each, ending the ban on hunting in place for the past several years

Of the 7 licenses, only one was not sold, as no bidders were willing in that case to pay the minimum asking price of 2 million pula, equivalent to USD $181,000.

The other 6 packages were sold for a total of approximately $2.35 million USD, or around $39,000 USD per elephant to be killed.

Plans for the hunt are currently on hold due to worldwide pandemic travel restrictions. But, when COVID-19 lockdowns and international travel restrictions end, the elephant hunting will start and continue in the next several months.

Moreover, Botswana has plans to allow the killing of many other elephants in 2020, up to 272 total.

Rich foreign hunters will be allowed to export the macabre trophies to their countries, namely the USA and Europe.

The decision of the President of Botswana Mokgweetsi Masisi to allow the killing of these elephants is unacceptable from any perspective.

Elephants are extremely intelligent animals struggling to survive as their habitat is encroached upon by humans to increase the amount of land for agriculture. The elephants are driven out by farmers or killed by poachers.

Elephants should instead be considered a treasure for Botswana, given the fact that tourists come to see wild animals in the country and tourism contributes about a fifth of Botswana’s gross national product.

The killing of 60 elephants will certainly not help solve any problem of coexistence between farmers and elephants.

Moreover, money coming from hunters has so far not trickled down to the local people.

OnlyAnimals believes all this is unacceptable!

The United States of America and the European Union already spend plenty of American and European taxpayers’ money to help Botswana, its economy and its environment: it is unacceptable that Botswana continues to get financial aid from the international community but, at the same time, wants to begin killing elephants, which should be considered a priceless treasure of our planet.

This killing of innocent animals by wealthy hunters for entertainment must be stopped before it starts.

We ask President of the Republic and Head of Government of Botswana Mr Mokgweetsi Masisi to ban the massacre of these majestic, innocent creatures.

We will also ask United States of America Administration and the European Commission to stop sending money from American and European taxpayers to Botswana if the elephant massacre commences.

Help us with your donation! 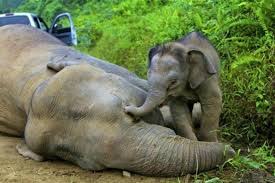 OnlyAnimals is a free and independent non-profit organization.
Your donation will be used to support our Campaigns and Fights to defend and protect animals.
The animals need you!