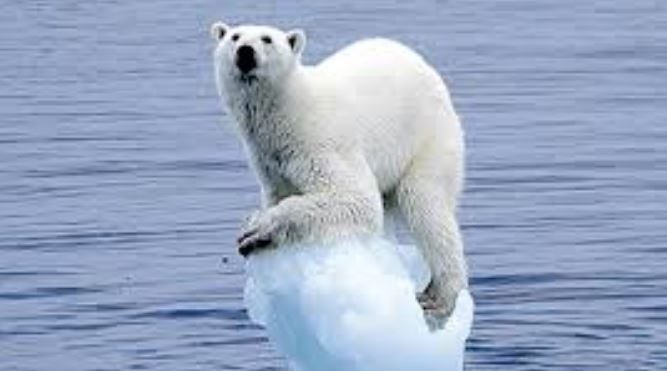 Global warming caused by greenhouse gas emissions is a huge threat to animal survival. One million animal and vegetable species are at risk of extinction if we do not act.

Just a few degrees increase in average global temperature poses a tremendous threat to animals, as it creates a higher risk of:

The average temperature of the Earth has increased by 0.9°C since 1850 and is expected to continue this trend over the next few decades due to two causes: 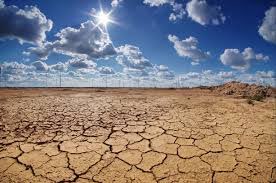 Currently, scientists are unable to predict with sufficient accuracy how solar activity might influence global warming.

In the past, greenhouse gas emissions from human activity were minimal. Nevertheless, global temperatures rose during the Roman Empire, 2,000 years ago, and again around the year 1,000 C.E. exclusively due to solar activity. The increase, however, did not have catastrophic effects.

Today, unfortunately, a higher level of solar activity would be combined with much higher greenhouse gas emissions.

Predictive models estimate that a doubling of CO2 in the atmosphere might lead to an increase in average temperatures of 1 to 5 degrees. An increase of just 3 or 4 degrees would have catastrophic effects on the Earth. CO2 has already increased from 300 ppm in 1900 to 410 ppm today, a substantial growth that is continuing.

All of this requires us to act to contain the warming of the Earth from human activity.

The target set in 2015 at COP21 in Paris was to hold the increase of average temperatures below the +2° C threshold (compared to the pre-industrial era). Such an increase would already have very serious consequences and lead to the extinction of about a quarter of the animal species in certain regions.

However, more than 20% of greenhouse gas emissions, quite a high percentage, comes from animal farming, according to the University of California analysis below. 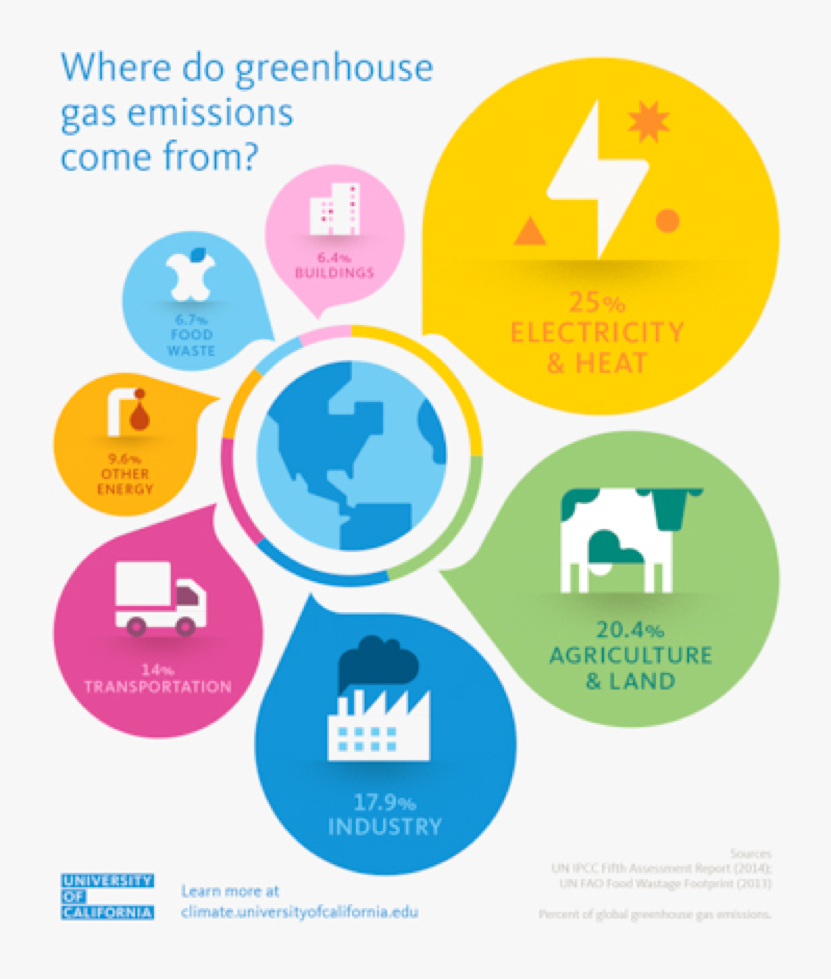 Intensive farming is responsible for producing carbon dioxide but also about 37% of methane and 65% of nitrogen peroxide released into the atmosphere. These are two of the gases that most contribute to the greenhouse effect, being much more potent (respectively 25 and 298 times more so) than carbon dioxide.

It is necessary, therefore, to act so that governments will discourage meat and milk consumption. 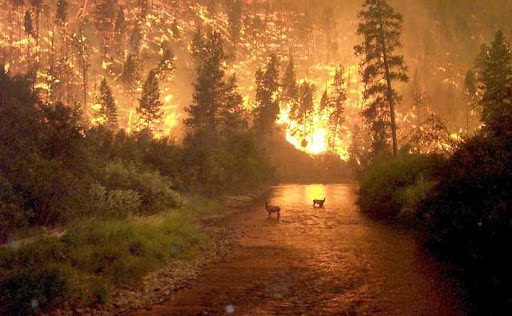