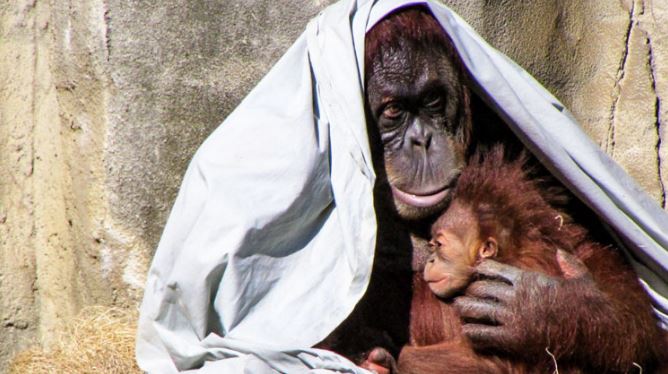 Orangutans are at risk of disappearing from the face of the Earth forever!

More than 100,000 orangutans have been killed by humans in the past 15 years, and their population has shrunk to approximately only 65,000.

Thousands of them are brutally killed each year.

80% of their natural habitat has been lost in the last 20 years as the Asian forests in which they live have been destroyed by humans and replaced by palm oil plantations or urbanization.

About 2,000-3,000 orangutans are killed for their meat each year by hunters or killed by farmers to protect the farmers’ plantations from damage caused by orangutans looking for food. The children of these orangutans are kidnapped, killed or sold.

It is estimated than 45,000-50,000 more will be killed in the next 30 years, bringing them to the brink of extinction within just a few decades.

The growing global demand for palm oil, with millions of hectares of new plantations replacing forests every year, is the main threat to the survival of orangutans, as well as tigers, rhinos and Sumatran elephants. 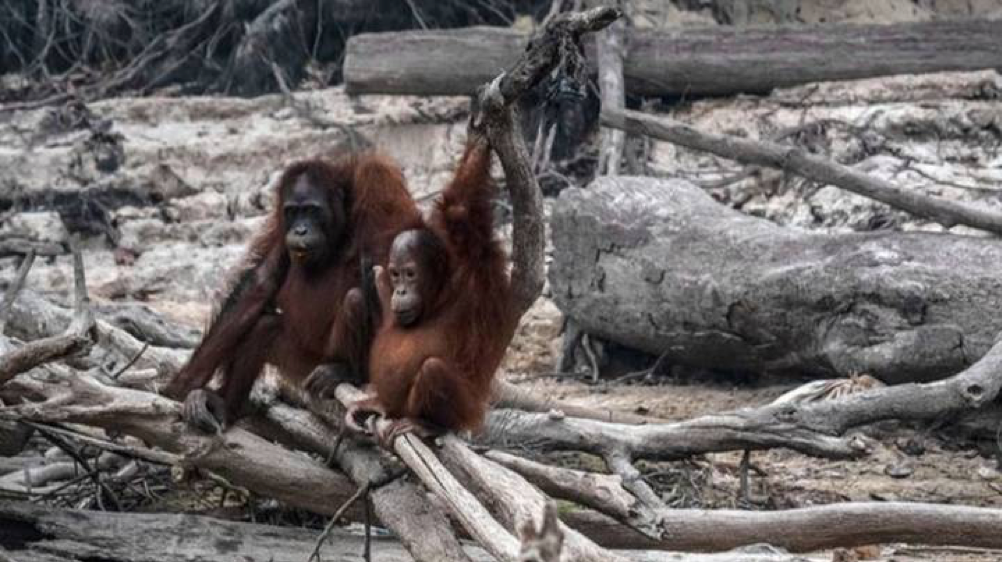 The large western food producers, cosmetic multinationals and their clients are all responsible for this massacre: palm oil is often bought from Asian producers who have set fire to millions of hectares of forests and replaced them with palm oil plantations.

Deforestation rates in the UNESCO-listed Sumerian rainforest of Leuser are among the highest in the world.

Palm oil (Elaeis guineensis) is among the plants that have experienced the greatest increase in production in recent decades. In Indonesia and Malaysia alone, the number of cultivated hectares has doubled in recent years.

World palm oil production has skyrocketed in recent years: between 1995 and 2015, global annual production has quadrupled, from 15.2m tons to 62.6m tons. Over the next 30 years, it is estimated that it will quadruple again, reaching 240m tons of palm oil per year, with catastrophic consequences for orangutans, tigers, elephants and rhinos, all at risk of extinction.

We are all guilty of this disaster: on average, each of us consumes about 8 kg of palm oil each year, thanks to its flexibility and the characteristics for which it is used in numerous products: food, shampoos, cosmetics, lipsticks, etc.

To make matters worse, palm oil is even used in biodiesel fuel sold in Europe.

Palm oil is cheaper than other vegetable oils available on the market. Greedy corporations want to boost their profits. They do not care about animals at risk of extinction.

Following some campaigns for the boycott of products containing palm oil, the Roundtable on Sustainable Palm Oil (RSPO) was established in 2004 and has delivered protocols to make palm oil cultivation sustainable.

However, we believe that this organization is not truly effective, due to inherent conflict of interests, including as it does among its members palm oil producers. Recently in 2016, one of its members, IOI Group Malaysia, was suspended after having set fire to tropical forests in Borneo to start new palm oil plantations.

Meanwhile, the massacre of orangutans continues, every year, every day! 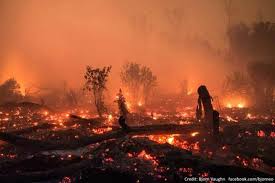 Help us! Your donation is crucial! 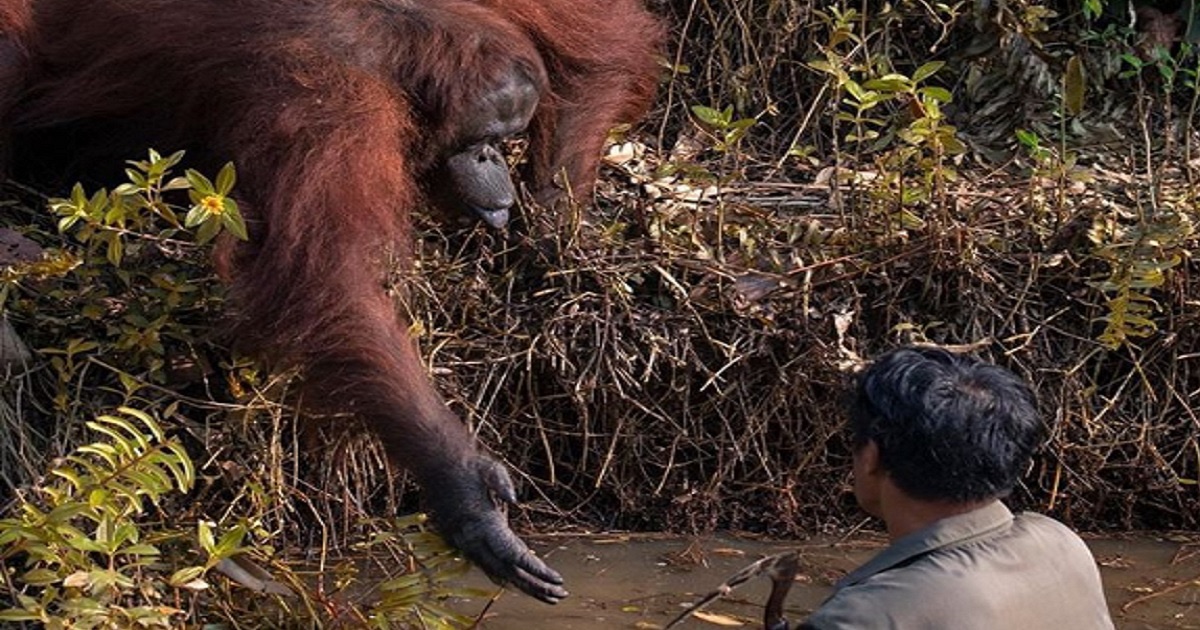