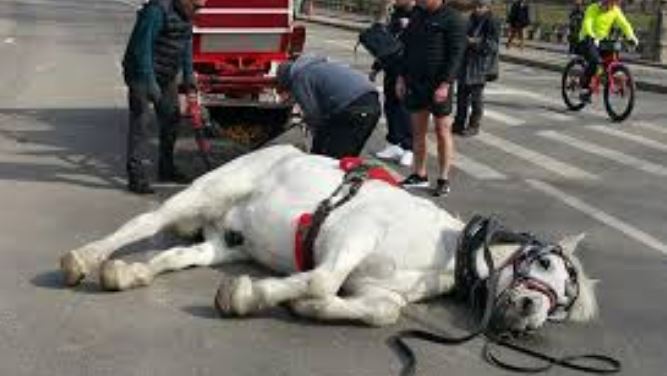 Millions of animals around the world are exploited to perform laborious and dangerous jobs against their nature and against their will, putting their own lives at risk.

In agriculture, horses, mules, oxen and elephants are used to transport wagons, pull plows and operate mills. They suffer continuous physical violence from whips or pointed objects intended to cause pain, stress and frustration. They are exploited by men until their physical conditions allow them to be abused in order to make them work. Then, when injuries, accidents or old age no longer allow them to work efficiently, they are killed or slaughtered.

Animals do not benefit from their work. A horse or a cow in nature, if humans had not destroyed and occupied their habitat, would certainly be able to feed and live (as they did for thousands of years) much better than they do in captivity.

In tourism, horses are forced to pull carriages for tourist transport, standing up for many hours with no food or water and with no possibility of resting; they are likewise forced to walk in the traffic, at risk of being hurt or injured by cars. This is because tourists do not understand or do not care about animal suffering. When horses are no longer able to pull a carriage, they are killed and replaced by younger horses.

Animals are used for dangerous tasks by police forces or by the military. In many countries, dogs or dolphins are intensively trained to perform difficult and dangerous tasks. Dogs from a young age are taken away from their mothers and subjected to intense training; they are punished if they do not perform as expected.

Dogs and dolphins are used to check for the presence of mines, on land or in the sea. Dogs are sent ahead in terrorist or risky police operations. Many of them die or suffer injuries. 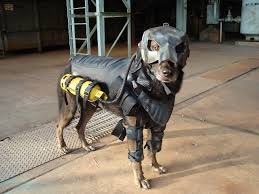 Horses are used by police forces during violent riots and sent against demonstrators armed with bars or launching firecrackers. The horses thus run the risk of being seriously injured and then killed as being no longer useful for and suitable to the job.

Many times, dogs are stolen and then used for long hours each day to beg, forced to stand still in a ploy to trigger people’s pity. This often involves a business managed by criminal organizations in large cities.

Other times, dogs are used to help blind people walking through the streets. Nowadays, however, there are modern technologies that can do this job instead of animals: from devices that convert sounds into images in real time, to technological walking sticks integrated with voice assistants and Google Maps.

In military and security operations, the risky job should be carried out by robots, drones or unmanned submarines instead of through the sacrifice of an animal’s life. 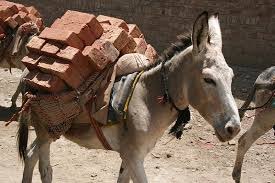 Help us! Your donation is critical for us. 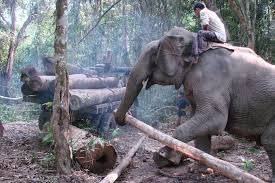